I had my own stand selling my art calendars and art candles during Saturdays Market Day in Rindal, the sale and response went beyond my wildest expectations. So thank you very much to all of you who were there! 🙂
To top the day off Emil Gåsvand and I was awarded Rindal Bank’s Motivation Award for 2013. This totally came out of the blue, I had absolutely no idea at all, – so I was actually rendered speechless, – which doesn’t happen very often!

The jury’s statement say’s “15 years ago, the second prize winner was awarded a cultural grant from the Bank in connection with the Bank’s 125th anniversary. Since then she has evolved into a cultural personality in Rindal, both through her own art and as an art teacher for other young talents. Through her art and her many exhibitions she has made her mark both nationally and internationally.”
You can read more about the award and the entire statement from the jury in Driva’s article here. Also you can find several articles about this under Reviews

Here’s a few photos both from us receiving the award and from me on my stand at the Market Day: 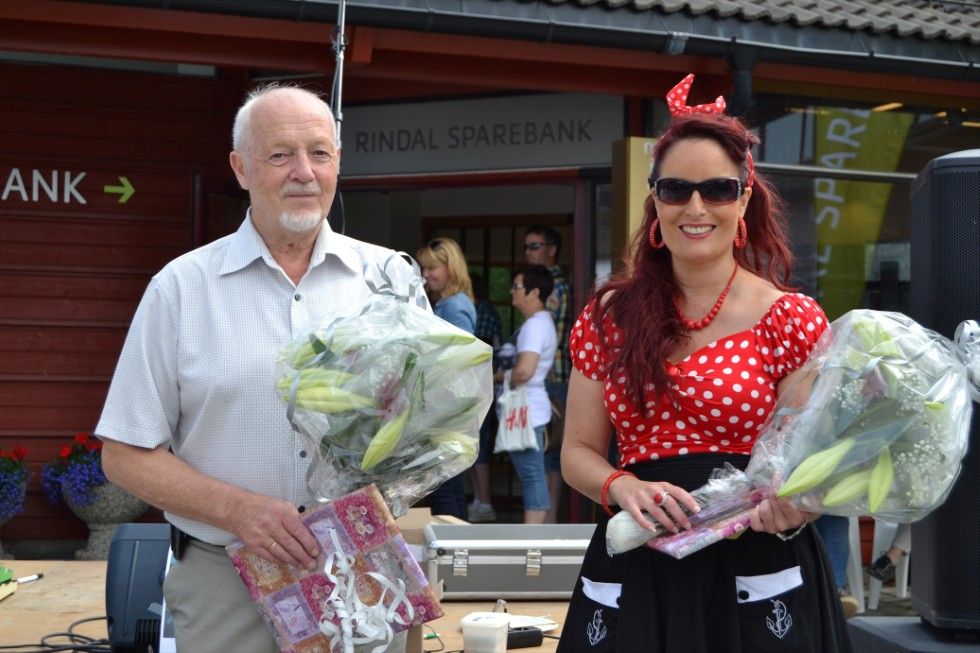 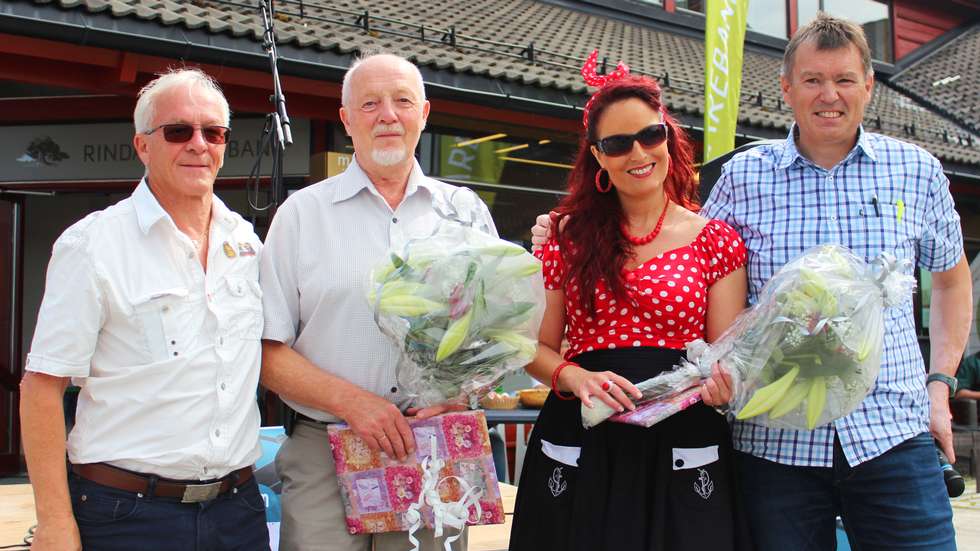 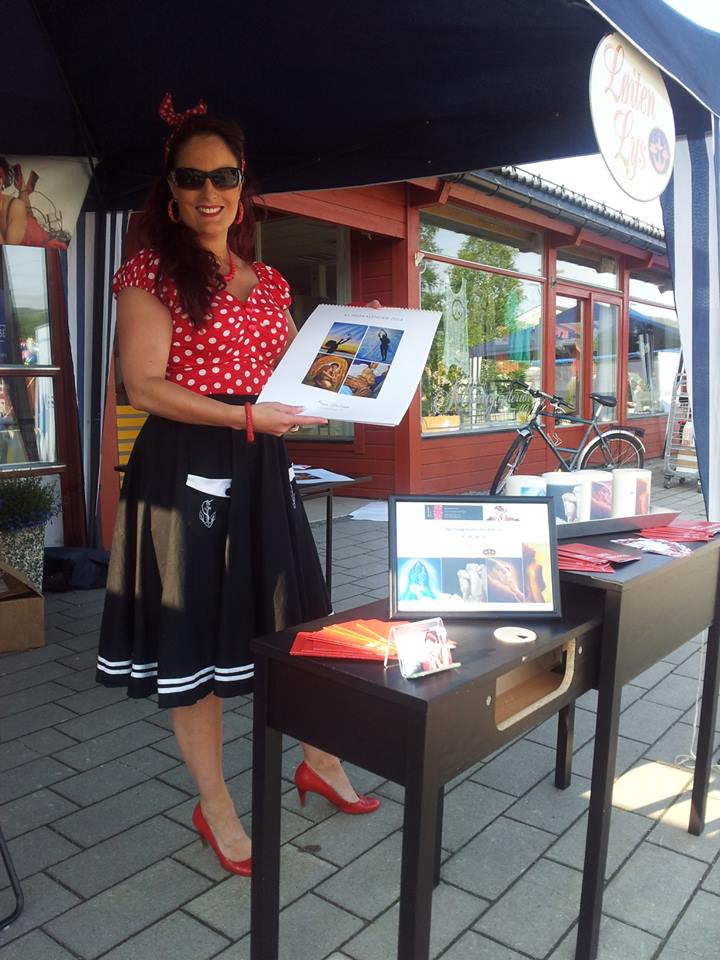 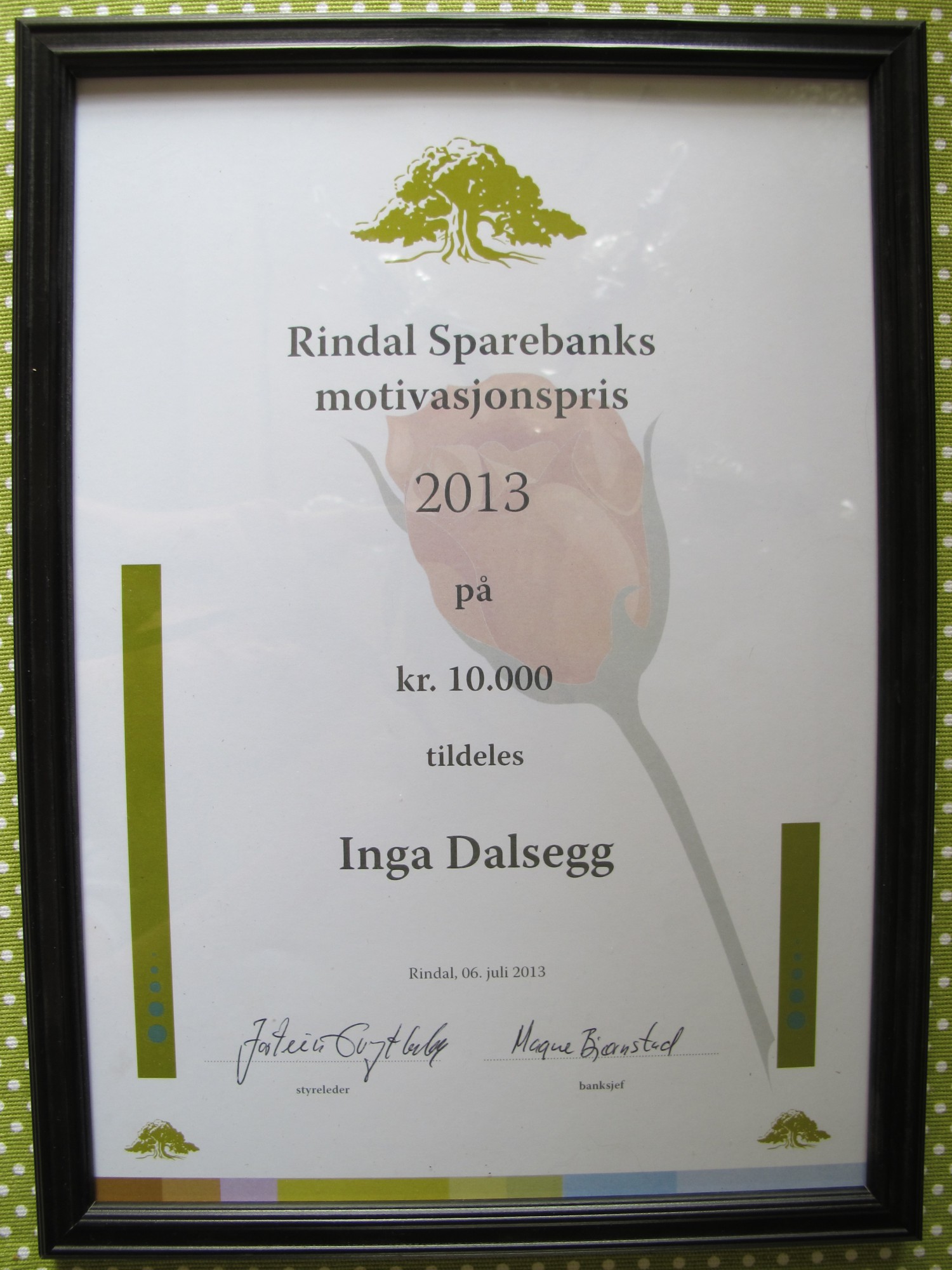